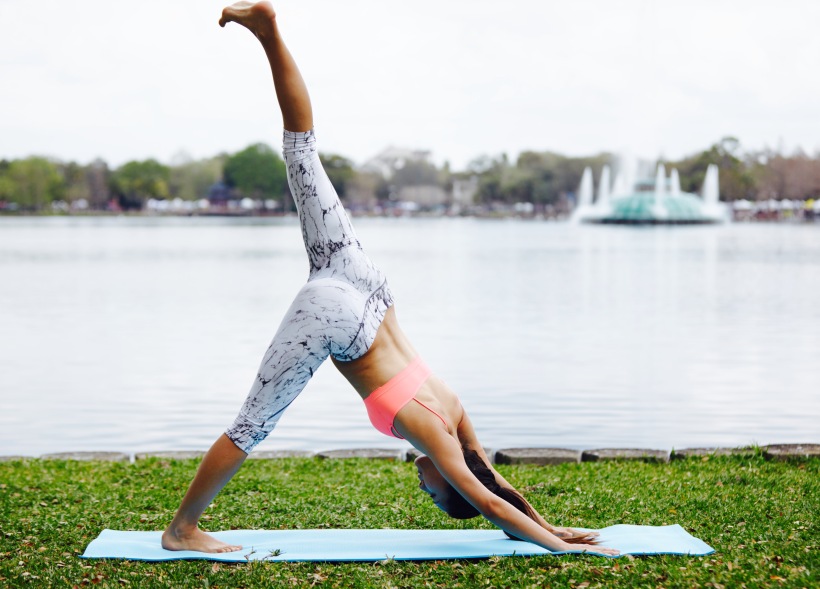 (Three legged downward dog – raising your leg from a downward dog, stretching your inner thighs and opening your hips. Pressing down on your mat deepens your arm and back stretch)

Funny thing about writers is that when something hits you hard, it stays in your mind and you feel the need to express, to let out your thoughts and ideas. We have to let our heart out and free our thoughts, if that makes any sense.

A combination of a few factors that really strike home for me today was reading articles on life coaching (yes, I’ll get into that later on because that’s a path that I am currently thinking on pursuing), I saw an video on a “people walker” guy (basically the guy takes people on walks instead of dogs, sounds weird but more helpful than anyone would imagine), and ending the night watching “Me Before You.” So, with all these random spurs throughout the day, the one thing they had in common is helping others.

I had been wanting to watch the movie Me Before You even though I had absolutely no idea what it was about, just because it was THE chick flick, I figure I might as well get on the band wagon while I can. Erm, my reaction towards the end of the movie, I don’t know if anyone else feels the same way, but like seriously?! what the…. did they really just end the movie like that? (Warning- Spoil Alert….) Did he really just gave up on her even though she poured her heart out to him and left us heartbroken! (the hopeless romantic audience members as I am).  How cruel was that decision. Gosh, I was so upset and uneasy after the movie. (Which from the director’s point of view and since I studied film, they did a great job affecting the audience’s emotion and take away from the movie, so good job “clap clap” on that).

But…. I was really unhappy that Will (protagonist) decided to end his life. Yes, I understand it was his decision and his free choice but it was also selfish and narrow minded. We can go on and on and debate about both sides. Still I did not appreciate the ending. Although there has been an increase in films that challenge life and death situations, not only is it a very sensitive topic, it is also a bold decision that the screenwriters has to make for the finale. I felt uneasy as I moved away from my computer screen. It made me feel sad about all those amazing people that passed away at a young age, and cruel diseases just robbed their lives in a blink of an eye.

I felt blessed and grateful for my health, body and soul. I am grateful that I have the ability to do and say whatever I want, I can move my limbs, I can jump, run, walk, I can think, imagine, dream.

I felt in love with yoga because it is a time out from my busy life and slows down my pace to show appreciation to my body, to show care and tenderness, and to learn to love myself. Yoga is a practice, therefore, in order to master the art you have to continue to practice.

The goal is not to thrive to reach perfection but to gradually improve yourself from yesterday.

Some days you can reach your toes, other days you cannot and that is okay. We learn to listen to our bodies as we should learn to listen to each other. Listen to understand, listen with our hearts. Many of us listen to respond, thus we never really grasp the message  behind their words. Per the video I saw earlier, the idea of behind a “people walker” is really just a conversation between two people while taking a walk. Sometimes people just want to speak their heart out without being judged or criticized.

Why is that so hard to find?